Last week I did a fiber and spinning lesson in my old classroom, as part of their study of Colonial New England. I brought along a wide variety of natural fibers in different stages of processing, including flax. Afterwards, when I went to put away the bundles of retted and broken flax, the cat immediately jumped into the container. She likes to jump into all kinds of baskets and boxes, especially newly opened ones or ones which aren’t usually there, which prompts the phrase, “Pippi in a basket!” Our cat is officially named Smitten, but a long time ago she got the nickname Pippi, which is what we usually call her, or sometimes the Pippi. Even though she’s the only one, Pippi is also a general category, as in “Pippies like meat pie.” We are the monkeys. Our household consists of Pippies and monkeys.

First the Pippi sat in the corner, surveying the scene. 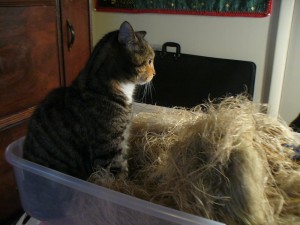 Next she pawed the flax. 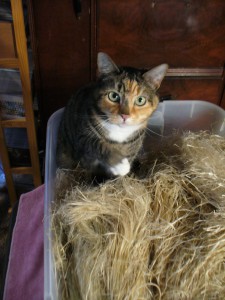 Then she noticed the suspicious rope that I use to hold the box closed, which must be attacked. 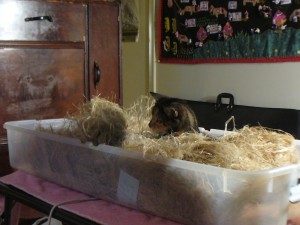 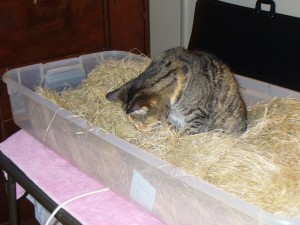 Matthew obliged by animating the rope. 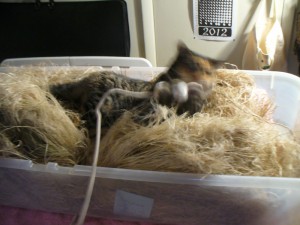 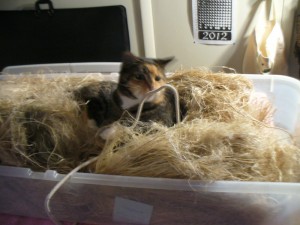 There was a battle. The Pippi won. 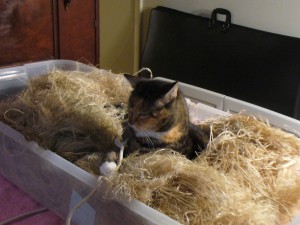 She licked and chewed a few strands of flax, then settled in to rest after her victory. 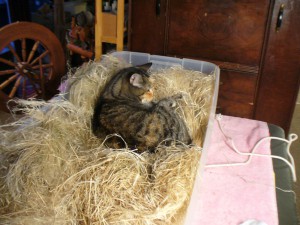 She was annoyed by monkeys trying to sneak up on her with a camera to get a photo of her while she was asleep. 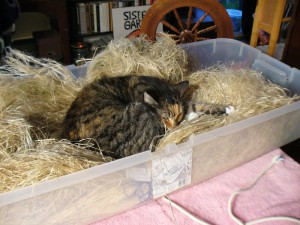 Just doing my part to spread photos of cats via the internet.