Earlier today I was searching the web for interesting tid-bits about Evelin to share, to spice up all these admittedly monotonous photos. I came across Bast and Other Plant Fibers by Robert R. Franck (CRC Press, 2005). Franck lists Evelin as one of 31 fiber flax cultivars approved for use in Europe as of 2002. I didn’t get far enough to figure out why these 31 were approved in particular, or what the differences were between them. A research task for another day. Among other things, I learned that I’ve been spelling the variety “Marilyn” incorrectly. It is actually spelled Marylin, even though I thought I had read that it’s named after Marilyn Monroe. While it merits being on the list, for whatever reason, Evelin was not among the most popular varieties grown in western Europe in 2002. That honor went to four other varieties: Agatha, Hermes, Marylin, and Diane.

I had to laugh at one comment the author made. In outlining the reasons for low productivity in certain countries, he cites one reason as being “the innate conservatism of peasant agriculture.” I think I must fall into that category.

Here are the photos of Evelin growing at Amethyst Farm in Amherst, MA. As before, each square is a foot square, and the full grid is 4 feet square. The images appear in order, numbered from 1 to 16 across the grid from bottom left corner to top right. See my original post for more info on this set-up. 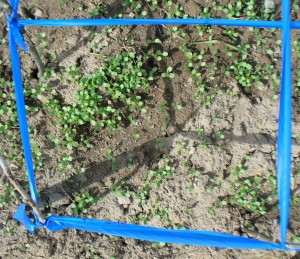 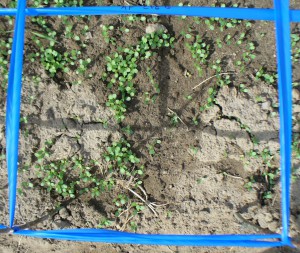 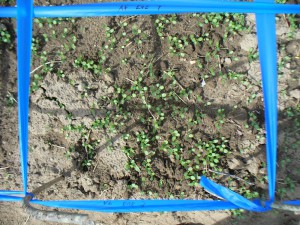 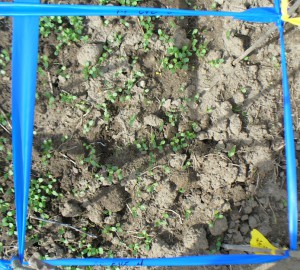 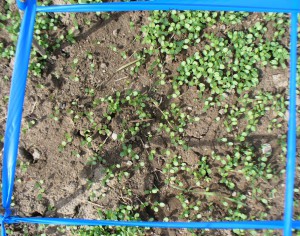 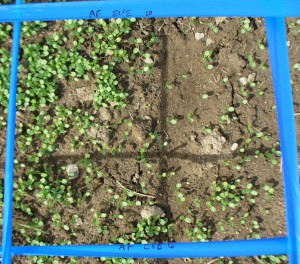 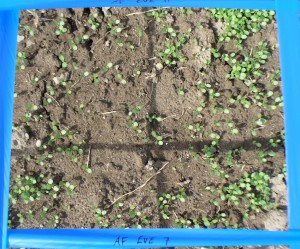 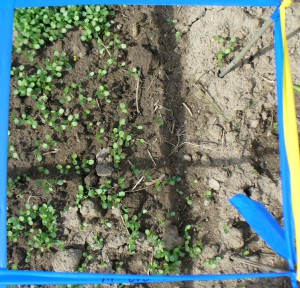 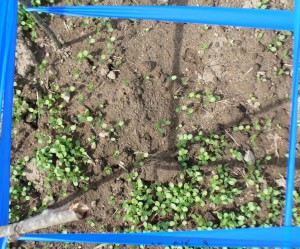 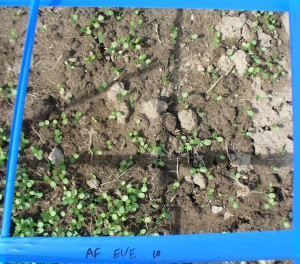 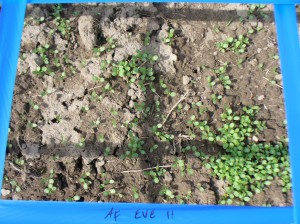 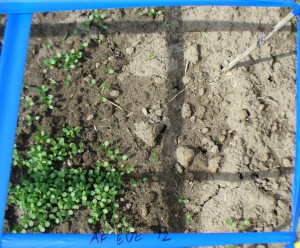 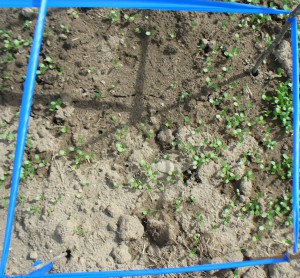 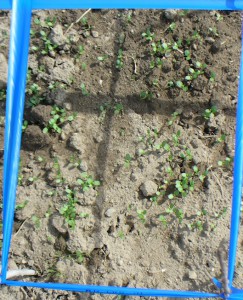 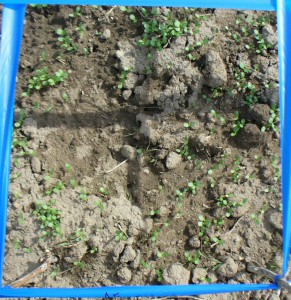 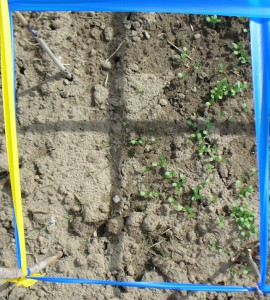