Over the years that I’ve been growing flax, I have written several verses of a silly, imaginary song. Each verse tells you about something you shouldn’t do, inspired by my own trials and failures. One verse goes like this: “Don’t store your flax with the seeds on/For it will attract lots of mice./They’ll get fat on the seeds/And leave lots of debris/Don’t store your flax with the seeds on.” Yes, this is based on a true story.

Despite this good advice to myself, it often takes several months or even years before I get around to the next step in the process. On April 20th, in anticipation of my 2018 growing season, I finally finished removing the seeds from the flax I grew in 2016.

Here I am using the “wine bottle method” or in this case, the “beer bottle method” for crushing the seed bolls and removing the seeds. This sequence of photos made me laugh. At first I’m just doing my thing out on the front walkway. Matthew kindly thought to document the moment: 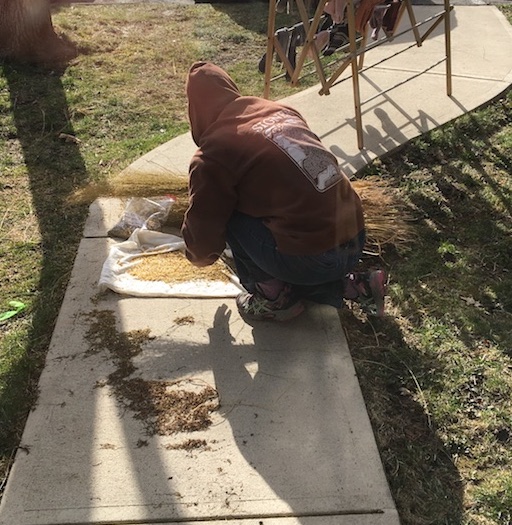 When I realized someone was behind me, I apparently turned into Gollum, jealously guarding “my precious” flax seeds: 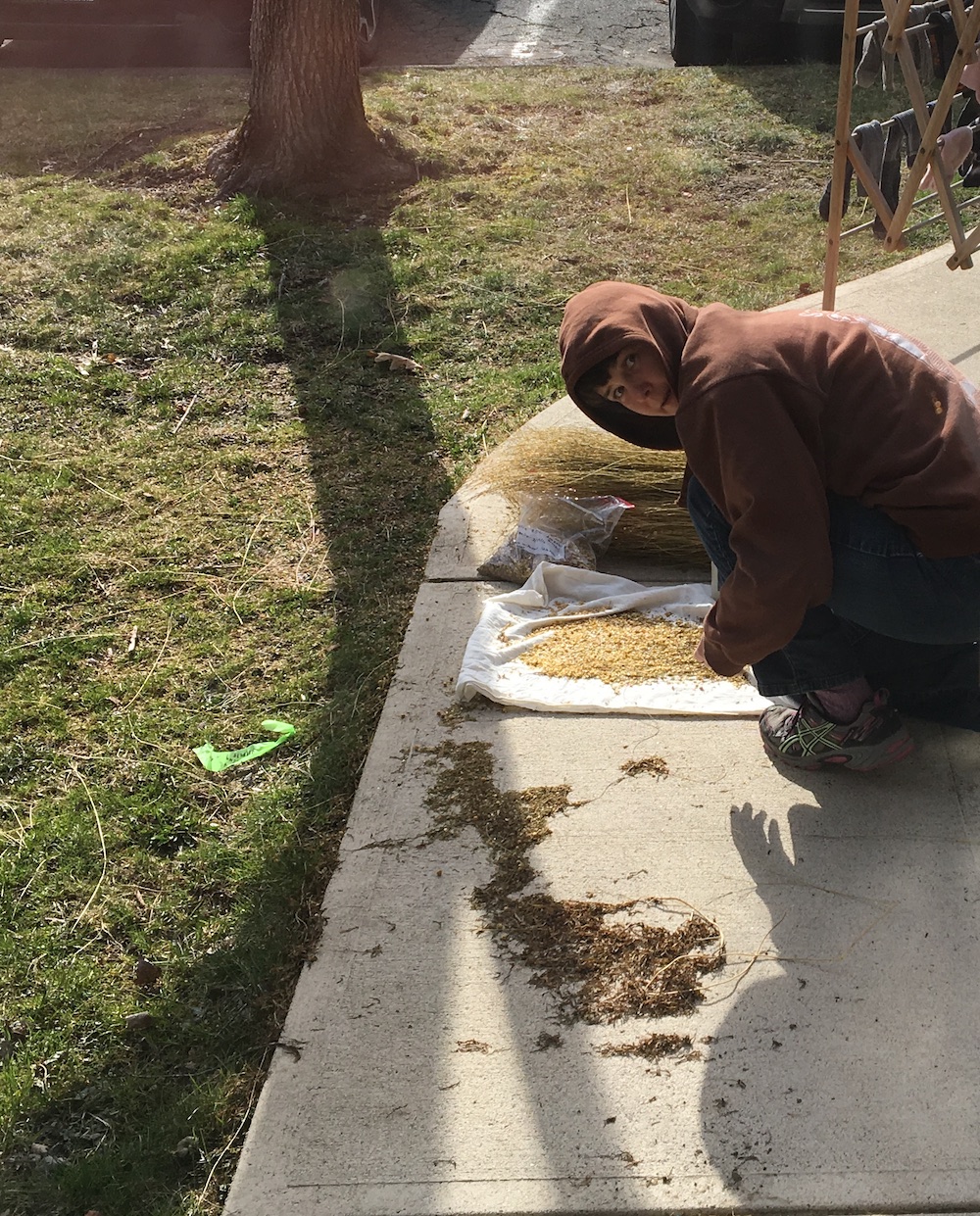 Then when I realized I was acting suspiciously, I pretended to be a normal person, but I’m not very convicing: 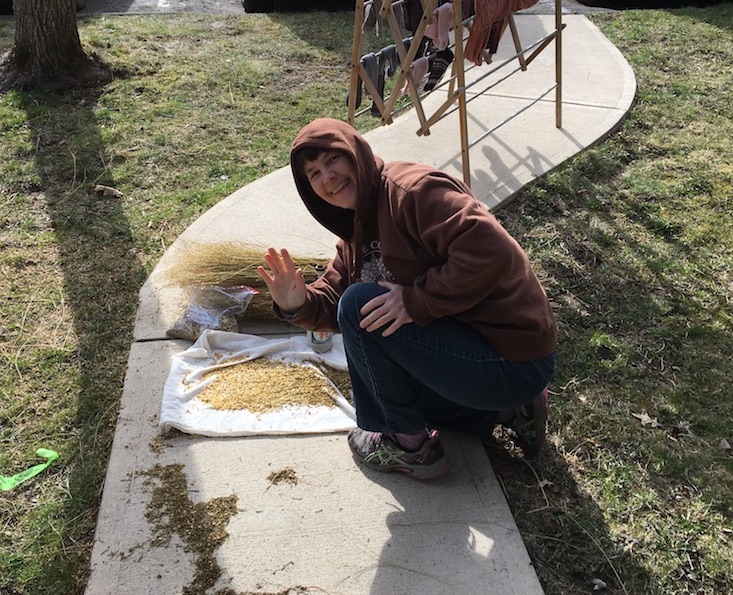 Fast forward a few weeks to May 5th, when the optimal time for planting flax had already passed and I needed a faster way to clean the chaff from my seeds. In the background below you can see me engaged in my usual method for cleaning flax seed, which works OK for small quantities. I blow the lighter-weight plant material off the edge of a round metal lid. I tilt the lid as I turn and blow, so the heavier seeds stay in the center. In the foreground you can see our cat Sammy, herself acting a bit like Gollum jealously guarding a pot of catnip. 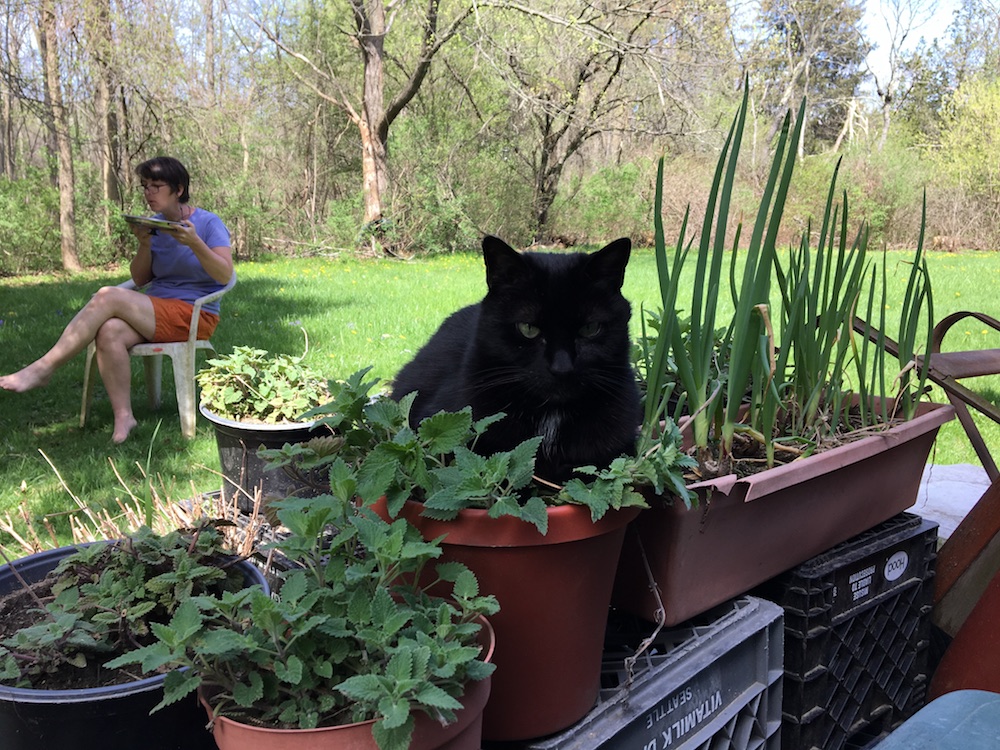 With spring moving along apace, I needed a faster method of winnowing. So, I brought a fan outside. With a little trial and error, I got it set up at a speed and distance that blew the chaff away but allowed the seeds to fall back into the lid: 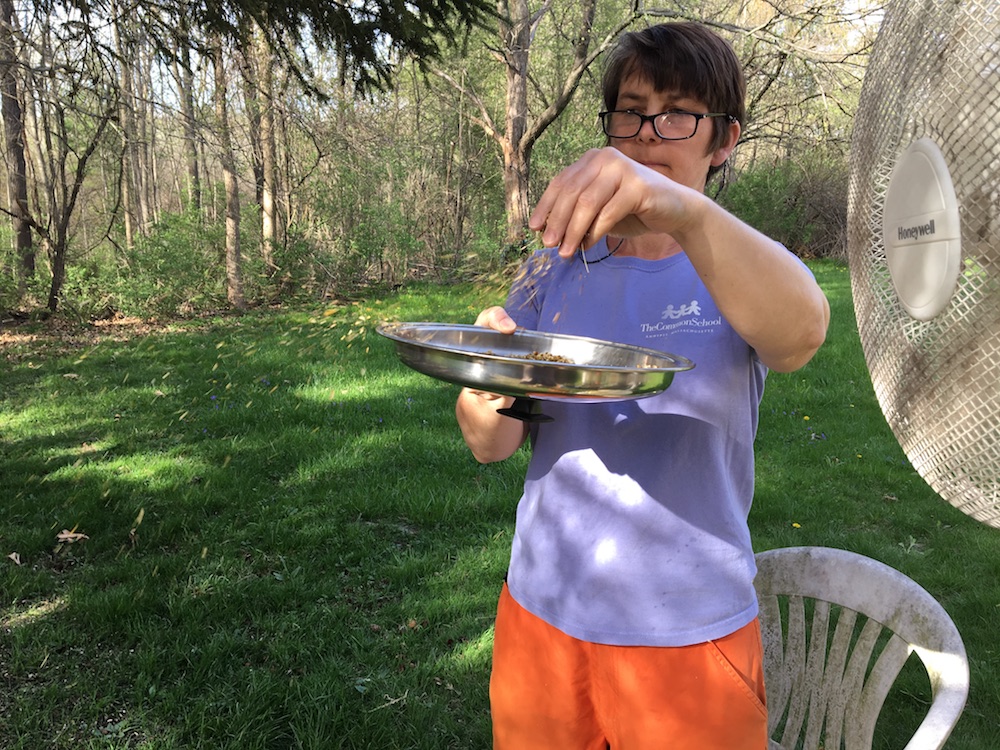 Here’s a close-up that shows the pieces of seed boll, dried leaves, pedicels, and other bits of plant debris flying away on the breeze: 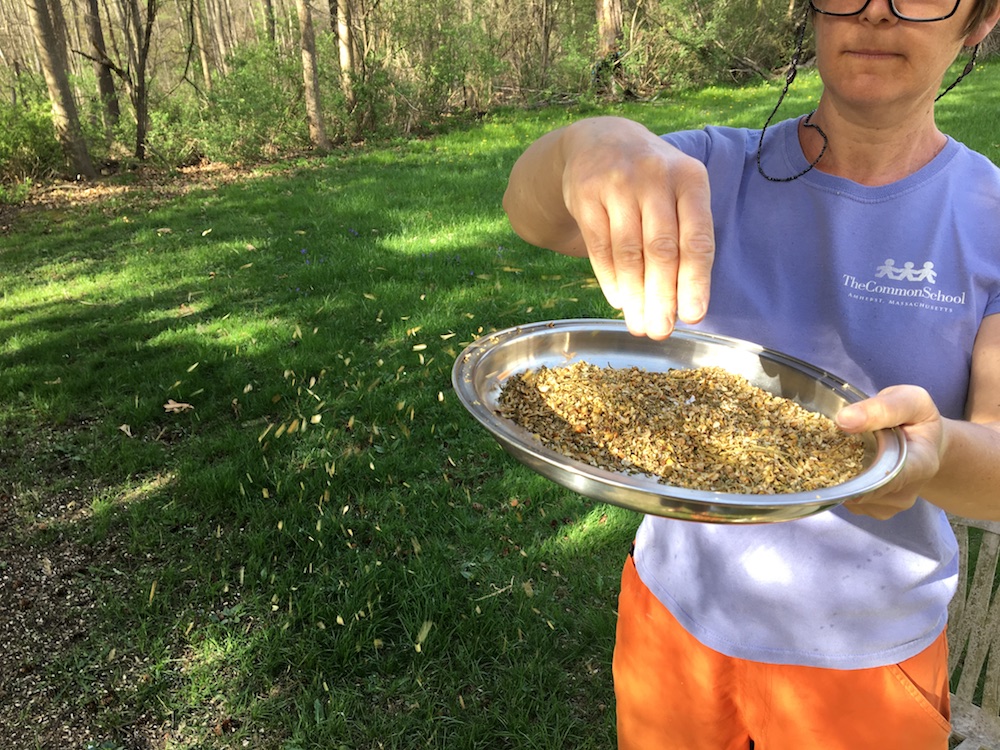