This summer we had extremely pleasant weather in June. My flax was very happy.

It was a busy month. The school year was wrapping up, I had year-end reports to write, a sweet little fiber arts summer camp to teach, and we had some old friends visiting from Texas. I managed to water my flax during the dry spells, but that was about it. Unsurprisingly, this was the scene on June 30th. 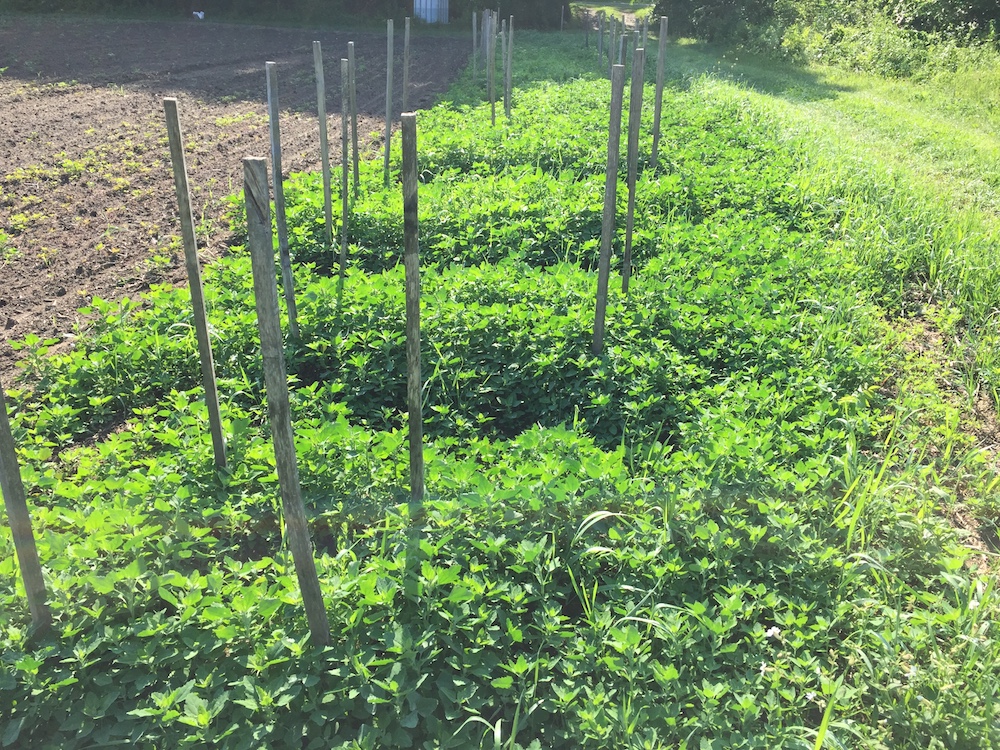 I knew that there were flax seedlings in there somewhere! Can you see them? They are the small feathery-looking plants in the center of the staked-out square below. This type is called Ariane: 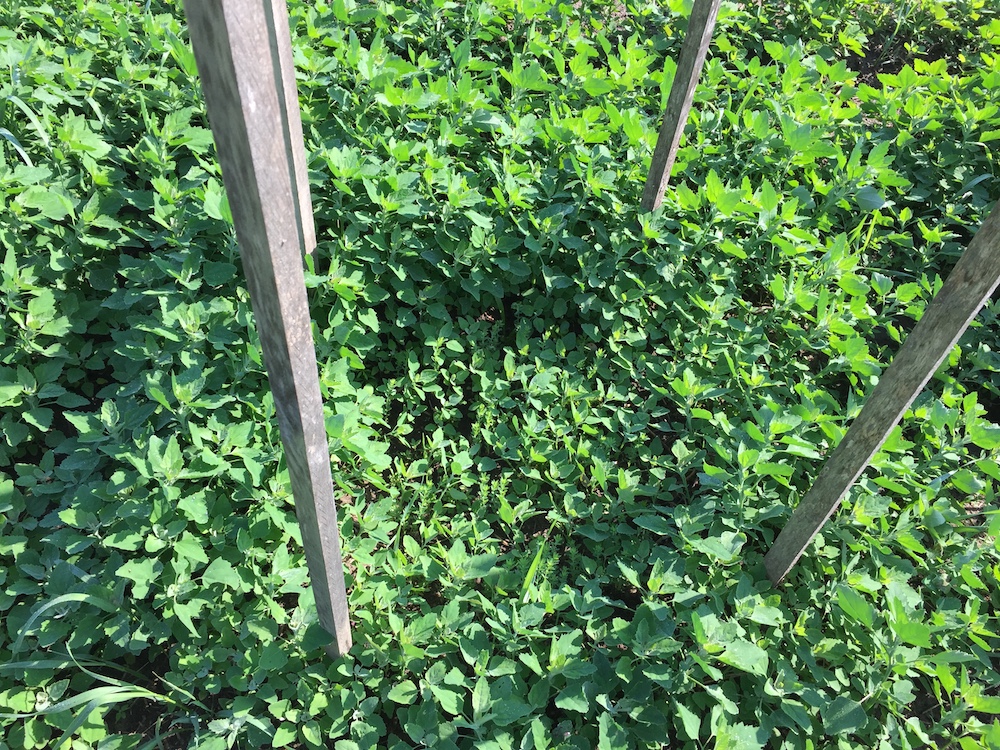 June 30th also happened to be the beginning of a heat wave that lasted about 8 days. “Heat wave” around here means highs in the mid to upper 90s. I know that’s normal in a lot of places, but it’s hot for western MA. Or maybe it’s just hot for me!

Despite the heat, I undertook an epic weeding campaign that week. By working early in the morning, I managed to avoid the worst of the heat. It was also humid, with several thunderstorms and heavy rain. The wet soil made it easy to pull out the weeds (mostly just lamb’s quarters and grass this year, almost no campion). The down side was that a lot of soil clung to the roots, and I couldn’t avoid pulling up some of the flax plants as I weeded.

I worried that once the shade and support of the taller, leafier plants was removed, the comparatively small and fragile flax would suffer from shock, shrivel up, or flop over. Luckily that did not happen.

Here’s the Ariane after I weeded:

Ariane was the type that I had the least seed from, so it was in the smallest bed. I think I mentioned earlier that I arranged the beds from west to east, smallest to largest. So, this was the furthest to the west.

My calculations (well, OK, estimations) regarding the weight of seed I had and the size of beds I should make turned out not to be very accurate. The smallest beds grew in too sparsely and the largest beds came in too densely. You can see what that looked like in the early stages of growth in the images in this post.

Only a few types grew in the way I had expected, at the density I was imagining. The pair of images on the left below is the type nicknamed 1602 and the pair on the right is Rolin:

In contrast, the Cascade was tightly crammed: 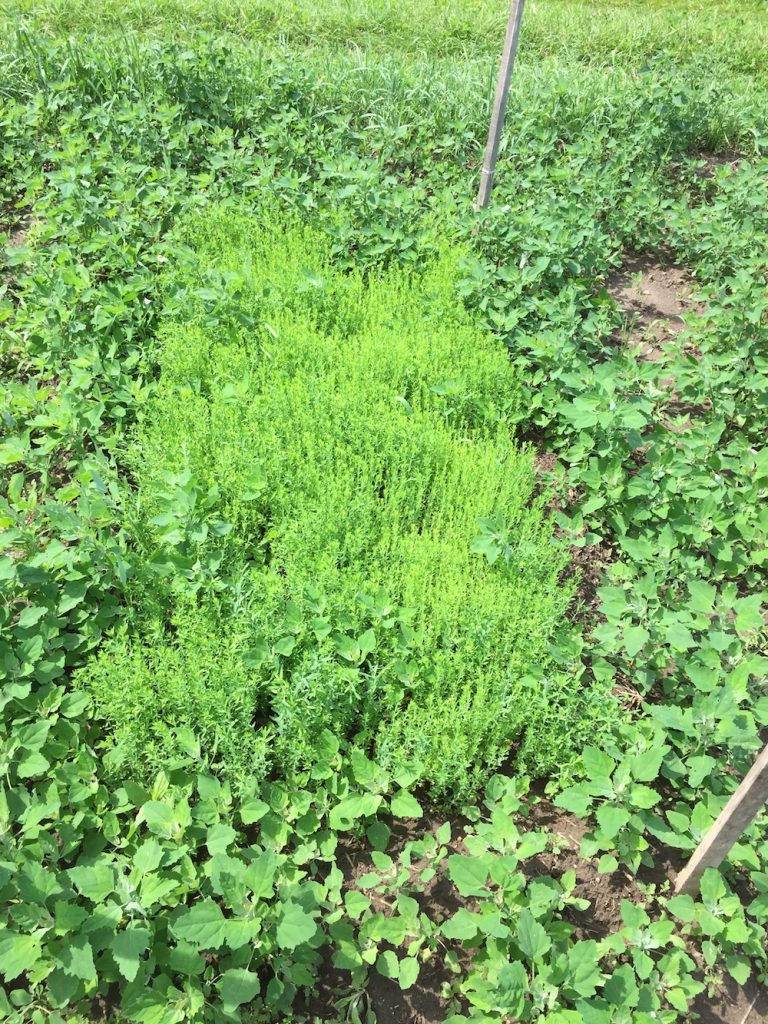 It looks lush and beautiful at this point, but when the plants got bigger it became a problem.

Here’s the larger bed of Electra before I started to weed: 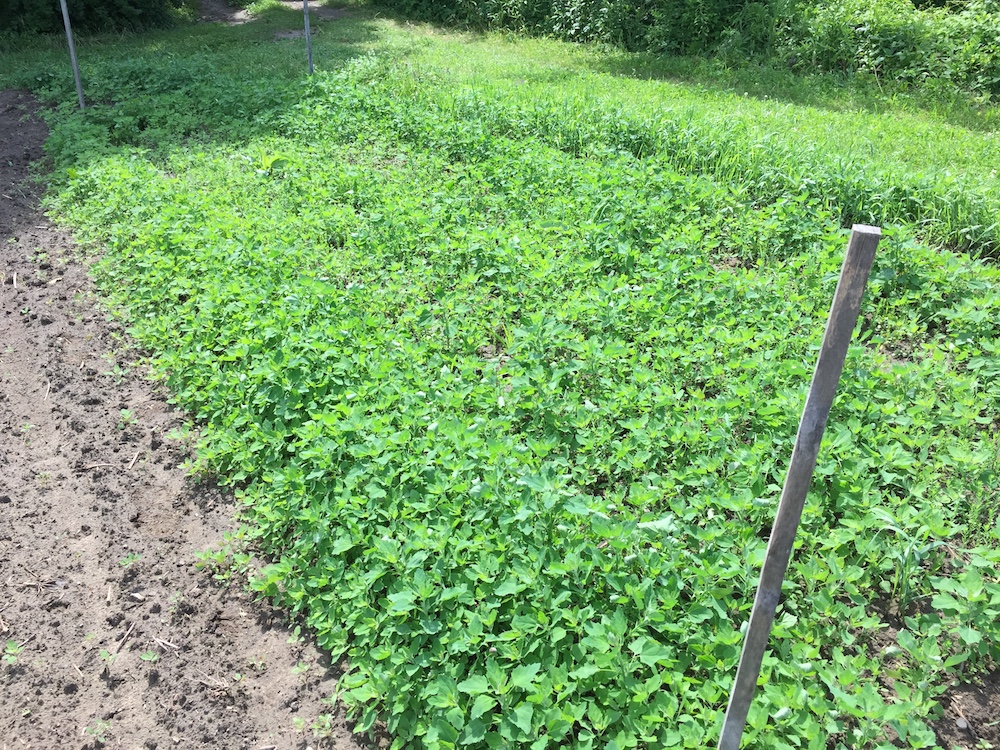 And here’s a close up proving that there really is flax underneath all that: 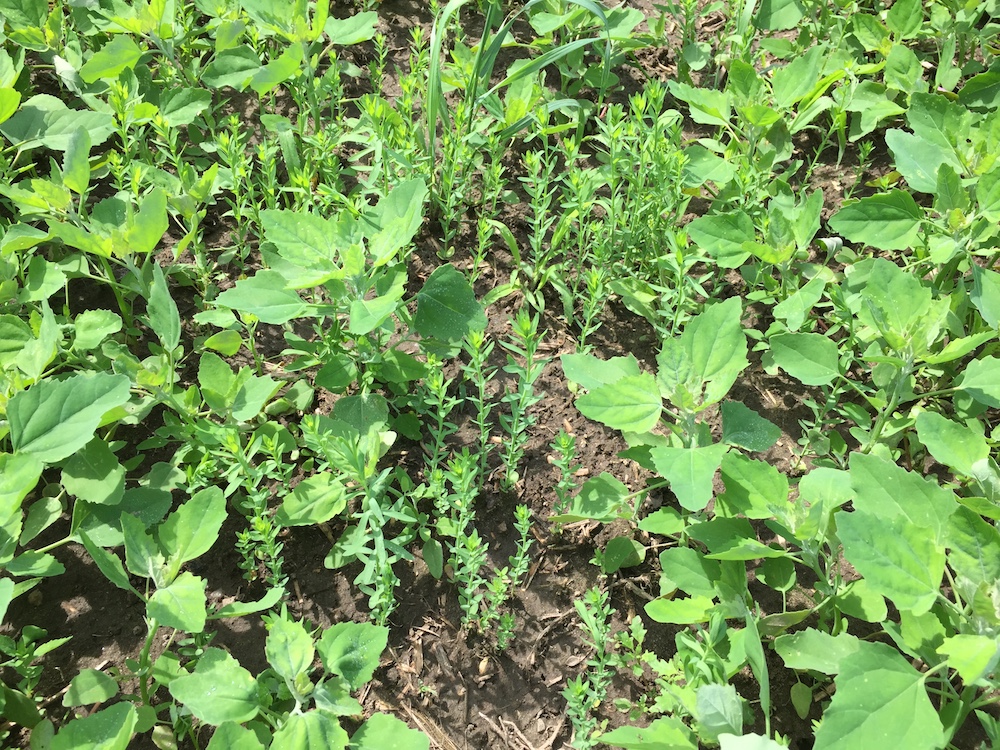 After a few days of weeding it was all looking much better. From left to right it’s the Ariane, 1602, Rolin, and Cascade beds on July 5th:

In early July there was some worrisome withering at the tips of a lot of the stalks. It seemed like possibly a tiny, brown, flying insect was sucking out the juice just below the tender tips, but I couldn’t get any good photos of the bugs.

Weeding the Electra took a while, but luckily it was on the easternmost side of the plot, which was in the shade until about 10:30am.

On July 5th I had to call it quits around 11 am even though I was so close to being done! 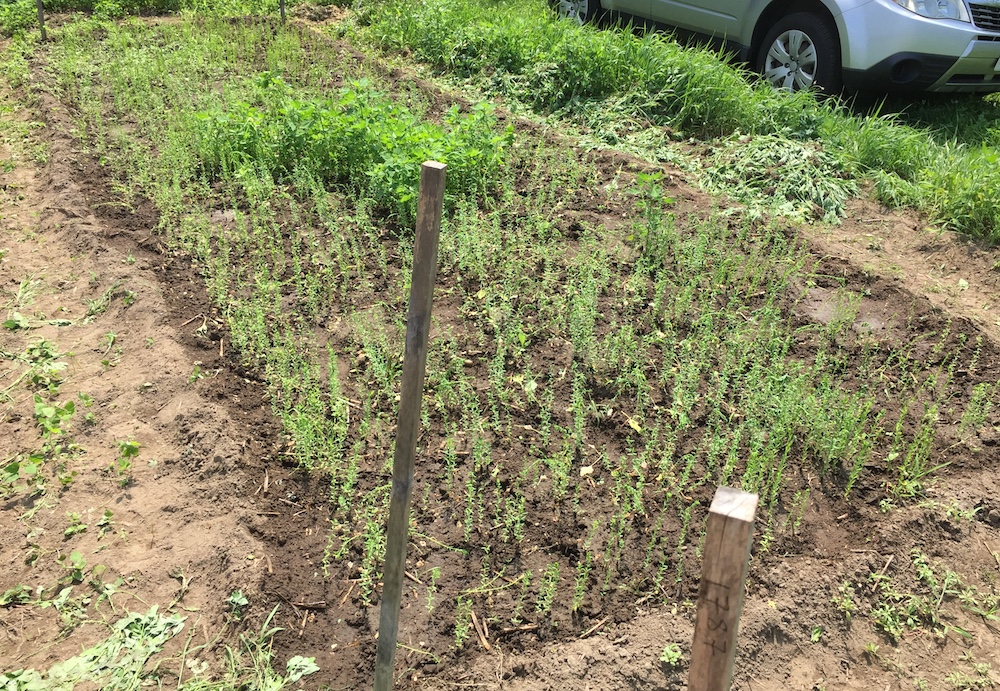 I finished up the next day, July 6th: 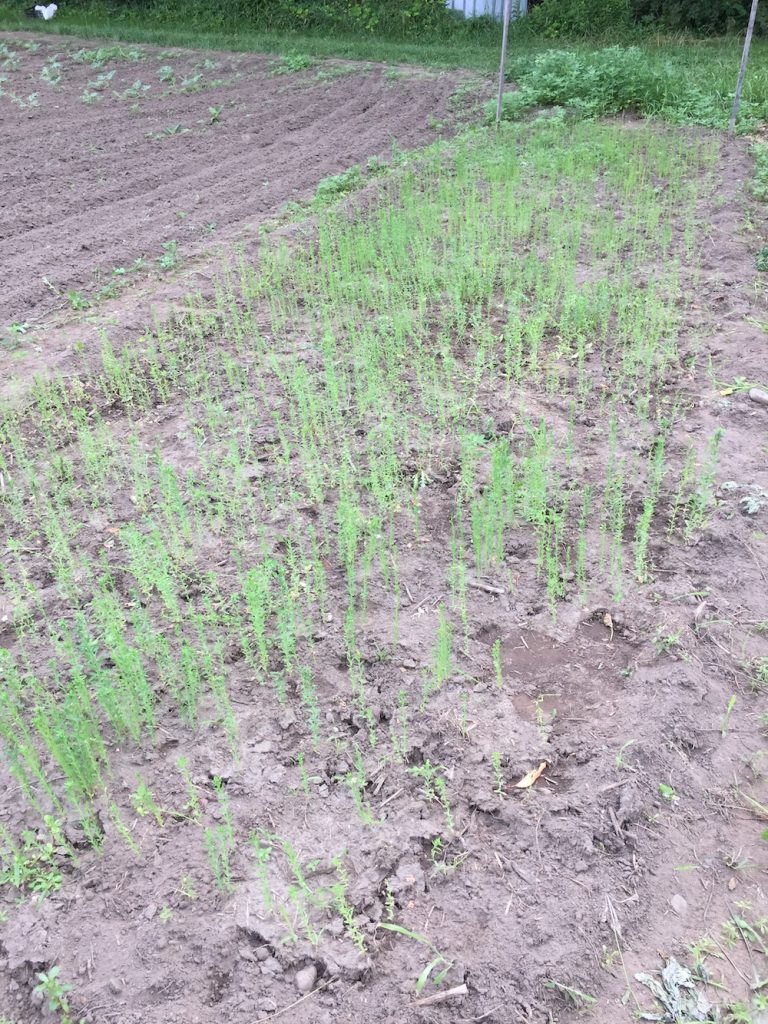 Of course, the weeds all grew back again later in July, but at least I gave the flax a fighting chance against the competition.