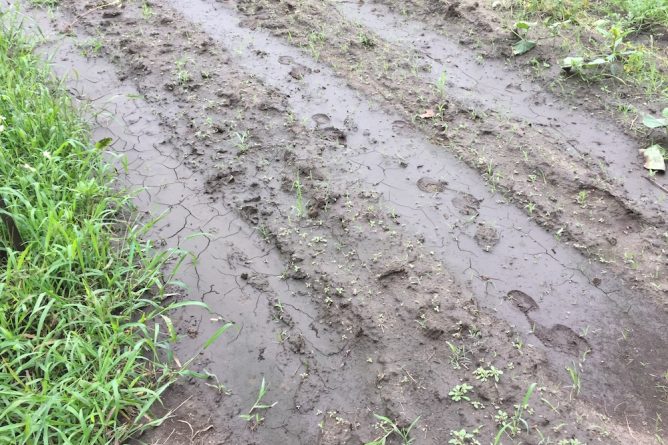 “Better late than never” is my middle name, apparently. Here’s the belated installment about my flax in late July and August 2018.

In late July and early August of 2018 we had lots and lots of rain. I’m grateful to live in a place where it *does* rain, but too much rain and heat causes trouble. Fungal and bacterial diseases grow and spread, roots can’t take up nutrients, and plants rot. After a spectacular start in May, June, and early July, it didn’t turn out to be a great summer for flax here in Amherst.

It wasn’t just me. Local farmers struggled with rot and disease. Here’s a link to an article in the Daily Hampshire Gazette and here’s a piece in the Greenfield Recorder.

I am lucky that I do not depend on my flax for income. Nevertheless, it is frustrating and discouraging to put work into getting plants growing in a healthy, happy way, only to watch them struggle and fail. It also raises concerns about the prospect of flax being a viable crop on a larger scale around here.

According to my notes, it rained every day between July 22nd and August 4th, and rained heavily. We continued to have high humidity and periods of very heavy rain until August 13th.

Here’s the state of the field on August 11th: 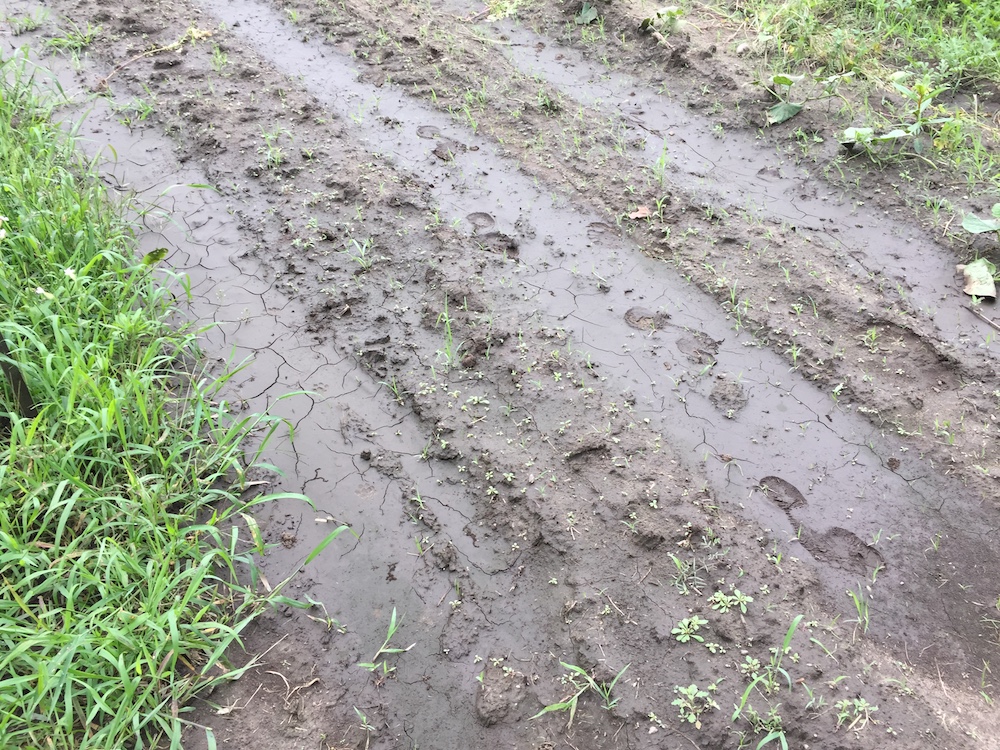 All that water was very conducive to fungal growth. I took photos of more types of mushroom than these, but the rest all came out blurry. Here are some teensy things which I assume are fungi on Aug. 11th: 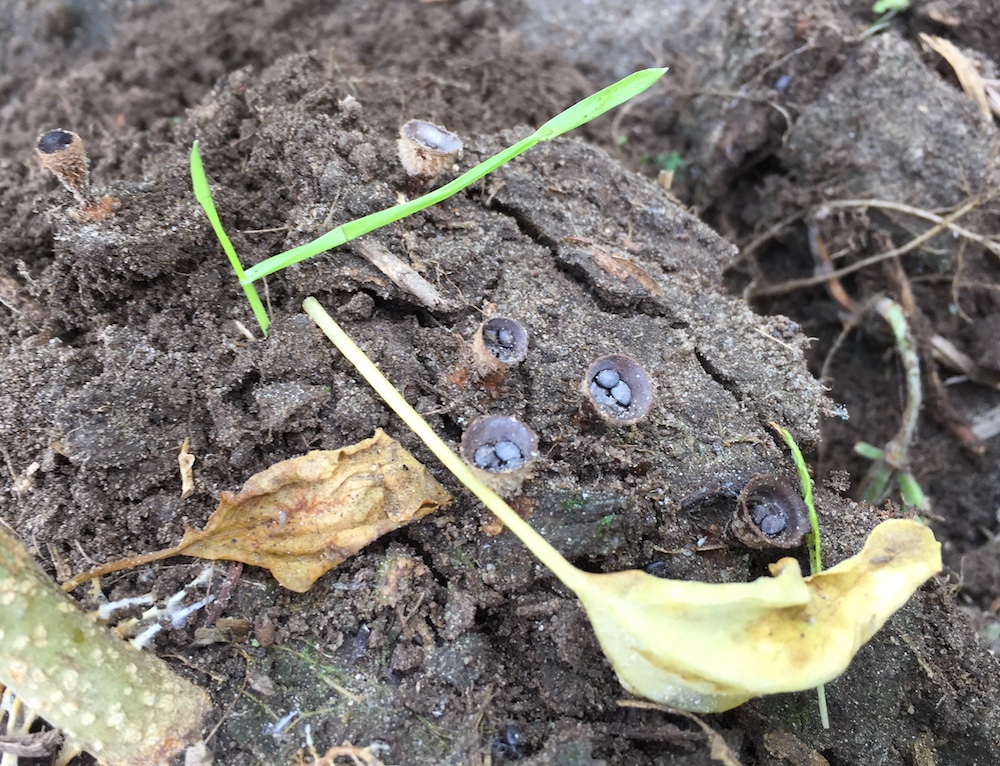 The once-lush plants had experienced significant rotting and die-off. This is the type nicknamed 1807 on August 11th, 2018: 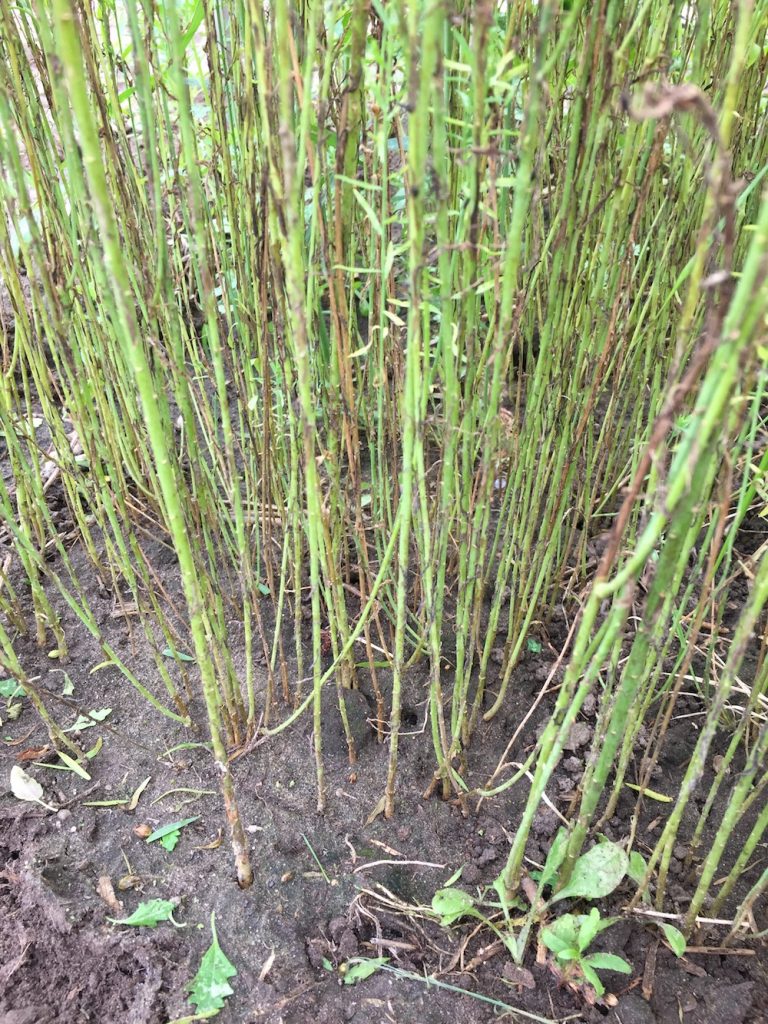 Here are two other sad scenes on August 12th:

Most of the seed bolls had not filled in or ripened. Some of the immature bolls had just dropped off their stalks. Here’s what I wrote in my notes on Tuesday August 7th, 2018:

“It doesn’t look like I will get any seed from some of the USDA plots. This year it’s not mice/chipmunks/rodents. I think it might be too much rain. The ones on the end that were so lush, esp. 1787, have very spindly stalks that have lodged pretty badly. There are practically no seed bolls, and the ones I can see are tiny. Some of the other plots have a few more seeds. When we get past this hot spell and next round of rain I’ll inspect more carefully.”

Here’s what the lodging and subsequent die-off looked like: 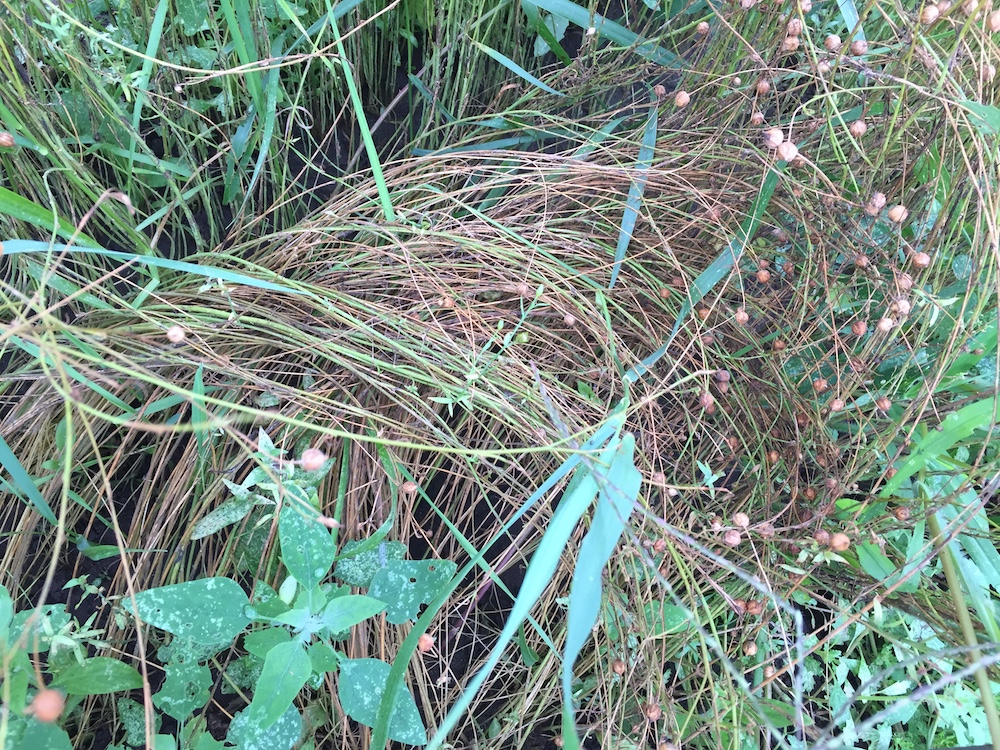 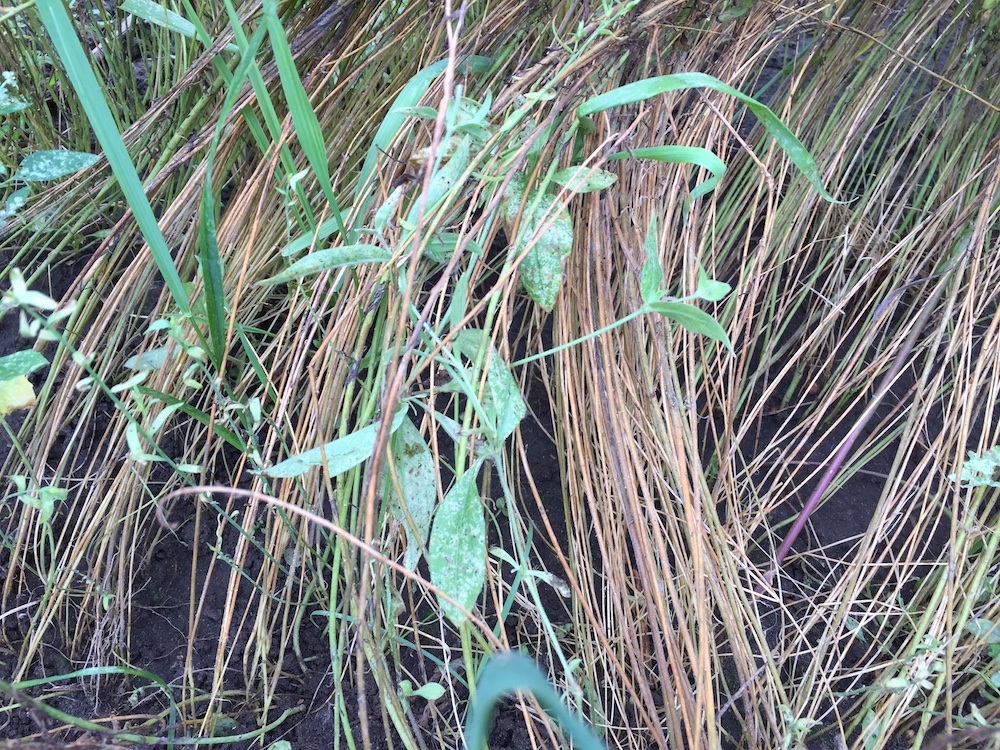 The plants had not gained any height since the water-logging began, so for fiber this year everything was useless.

It turned out that I was able to collect some seed from some of the plots. Here are a few ripening bolls: 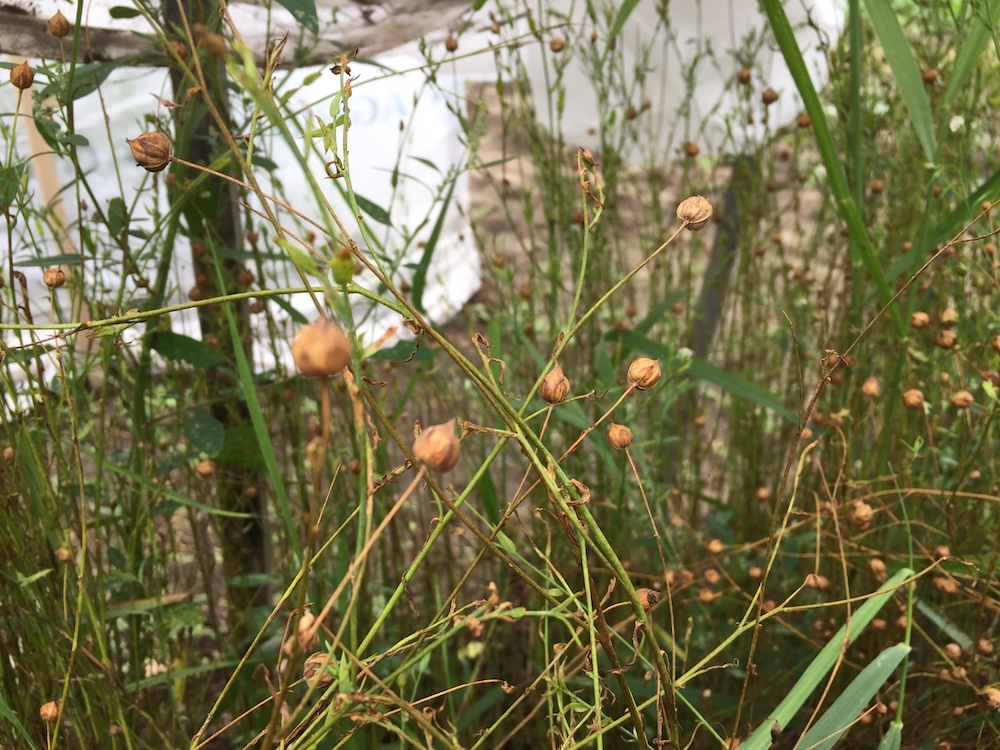 It was really very dismal, though, with all those shriveled and withered tips. I did manage to collect and dry some seed bolls, but the amount of mature seed inside was minimal:

I think I have less seed now than when I started. When I first began this project in 2015, I had a notion that I’d be able to select the fiber flax varieties that did well in the growing conditions here in Western Massachusetts. In 2016 we had a drought, and in 2018 we had this excessive rain. I’m honestly not sure where to go from here.